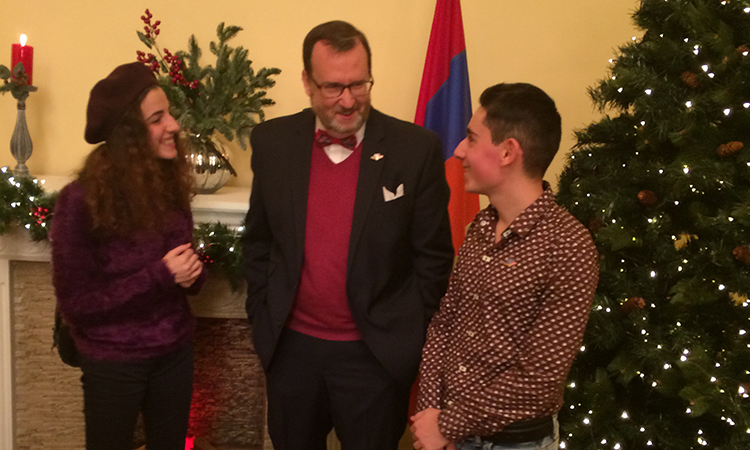 A U.S. Embassy-sponsored concert, “Holiday Magic,” dazzled the Armenian public with American and Armenian Christmas music performed by talented up-and-coming Armenian bands and musicians.  The festive event marked the end of a year long celebration of America’s 25 years of partnership and friendship with an independent and sovereign Republic of Armenia, using song, verse, dancing, and laughter to send us merrily into the New Year.

“For the past year, the U.S. Embassy has been focused on highlighting the strong partnership between our two countries and the significant accomplishments we’ve achieved together over the past quarter century,” said U.S. Ambassador to Armenia Richard M. Mills, Jr.  “From the more than $1 billion dollars in USAID support, to our strong military cooperation, varied academic and cultural exchanges, English language programs, and growing U.S. trade and investment partnership, the United States has had a noticeable impact on Armenia’s development.”

The United States was one of the first countries to formally recognize the Republic of Armenia, on December 25, 1991, three months after Armenia declared independence, and one of the first to open an Embassy in Yerevan.

See attachment for a few milestones in the bilateral relationship.

The United States has implemented 10-year visa validity for Armenians traveling to America, and over the past 25 years, the U.S. Embassy has helped thousands of Armenian tourists and students travel to the United States.