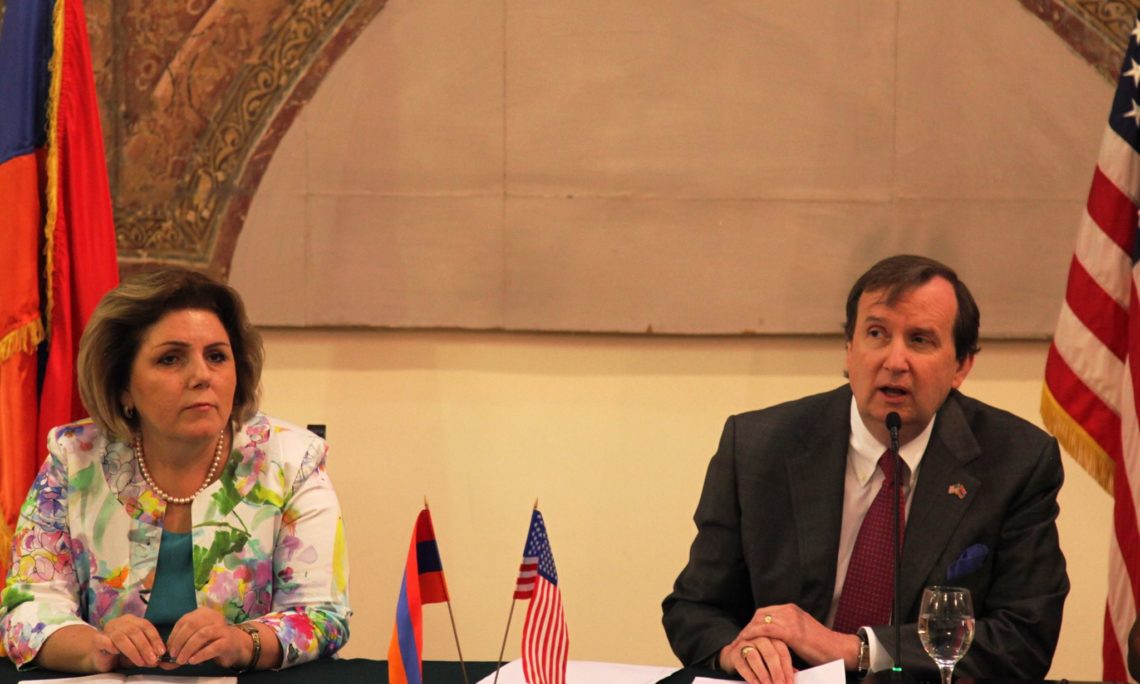 St. Sargis is an outstanding example of the unique Persian-Armenian style of design. The style and sophistication of its interior frescoes, which borrow from late medieval Christian and Persian iconography and illustrate a cross-cultural blending of sacred depiction that is unique to the region, are unmatched in the Caucasus and Middle East. The structure of the church is in urgent need of preservation, as are the frescoes it houses.

“With its exquisite frescoes, St. Sargis Church is a true treasure for Armenia and for the world. The U.S. government is strongly committed to the restoration and preservation of this and other historical monuments and artifacts in Armenia, which is richly blessed in cultural heritage,” Ambassador Mills said.

Since its approval by the U.S. Congress in 2000, the U.S. Ambassador’s Fund for Cultural Preservation has awarded $55 million in support of more than 870 projects in over 125 countries, partnering with host country governments and cultural organizations to help conserve cultural sites, objects, and forms of traditional cultural expression that represent an important legacy for all humanity.

Working in partnership with the Armenian Ministry of Culture and local NGOs that care deeply about Armenia’s unique cultural heritage, the U.S. Ambassador’s Fund for Cultural Preservation (AFCP) has funded ten cultural preservation projects in Armenia since 2005, for a total of $935,000. In addition to the new grant for St. Sargis Church, ongoing projects include the restoration of Hakob Hakobyan’s “In the Mountains/Milkmen” mural in Gyumri and important works to safeguard significant archaeological finds in the Areni Cave. Past projects include the mapping and cataloguing of items at the Noratus medieval cemetary and its collection of khachkars, the preservation of a medieval masonry bridge in the Garni Gorge, and the documentation of traditional Armenian music and dance.

The announcement of this newest AFCP grant comes during the U.S. Embassy’s month-long focus on tourism. Projects such as the restoration of St. Sargis not only have a valuable role in conserving cultural heritage for the benefit of present and future generations, but also boost tourism and related industries, as these sites hold powerful appeal for both local and international visitors.

“St. Sargis is an outstanding example of the historical and cultural sites on offer in rural Armenia. By working with our Armenian partners to restore this magnificent church, as well as other monuments and cultural artifacts throughout Armenia, we continue to help to promote tourism in the regions, which can boost economic development,” Ambassador Mills emphasized.