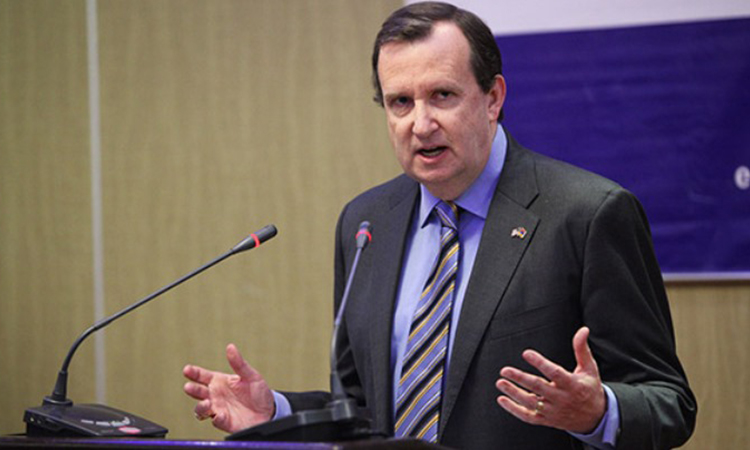 On this day in 1948, the UN General Assembly adopted the Universal Declaration of Human Rights, a landmark document that spelled out for the first time those fundamental human rights that deserve  protection in every country, by every government. Despite the enormous progress that has been achieved in the 68 years since the declaration was signed, much work remains to be done, as many of the world’s citizens are still denied basic freedoms set out in this aspirational document. The worldwide recognition and application of the rights and freedoms enumerated in the declaration remain a goal that the U.S. Government strives for every day.  The international community’s annual observance of International Human Rights Day on December 10 is an opportunity to honestly and seriously reflect on the progress that has been made and the challenges that remain, to recommit to the goal of protecting the equal and inalienable rights of all members of society, and to redouble our efforts to achieve the more perfect world envisioned in the Universal Declaration of Human Rights, a world in which every human being lives freely and with dignity.

The promotion of human rights is a core element of U.S. foreign policy, and we work on a daily basis to press for the fundamental rights and freedoms of all people. We stand with citizens, activists, and governments around the world that do the same. We also monitor human rights practices around the globe, and the U.S. Department of the State compiles an annual human rights report for all UN member states and countries receiving U.S. assistance, as mandated by the U.S. Congress.

As we commemorate International Human Rights Day today, I would like to take the opportunity to reflect on the human rights situation in Armenia  – and  I start by commending the Government of Armenia on the progress it has made. Armenians can be proud of the active civil society, especially in the area of protection of human rights, that exists in Armenia and that is sadly absent from many of Armenia’s neighbors. I particularly welcome the increasing collaboration we have seen between the Armenian government and civil society. For instance, the Ministry of Defense’s newly-established Center for Human Rights and Building Integrity has engaged with civil society as it pursues its mandate to promote human rights, ethics, integrity, and anti-corruption within the military. The Investigative Committee is collaborating with NGOs on how best to address domestic violence issues and has completed a serious internal study that provides much-needed data about domestic violence cases and how they are handled by law enforcement. A third example is the sterling work of the Intra-Agency Trafficking in Persons Working Group, which has successfully joined elements of civil society, government, and law enforcement to reduce trafficking.  These efforts have directly led to Armenia’s Tier 1 ranking on the Department of State’s Trafficking in Persons assessment for four years in a row, which is a remarkable achievement.

As a friend of Armenia, I encourage the Government to redouble its efforts in the areas of human rights that remain of deep concern to the Armenians with whom I speak, to human rights organizations, and to the U.S. Government, and which are covered in detail in our annual Human Rights Report for Armenia. Of these, I would like to specifically mention our concerns over the use of pretrial detention in the Armenian legal system and the continuing fight against domestic violence.

International Human Rights Day is a time to reflect on how much has been accomplished to strengthen respect for all citizens’ basic human rights in Armenia, in the United States, and around the world. It is also a time for governments and individuals to renew their commitment to ensure basic human rights are respected in their own countries and acknowledge – whether in the United States or Armenia – the work that still needs to be done to meet the promise of the Universal Declaration of Human Rights.  The U.S. Embassy will continue working with our Armenian partners, civil society, and  government on issues of human rights concern –as detailed in our annual Human Rights Report – to strengthen the human rights protections and democratic values both our great countries share.