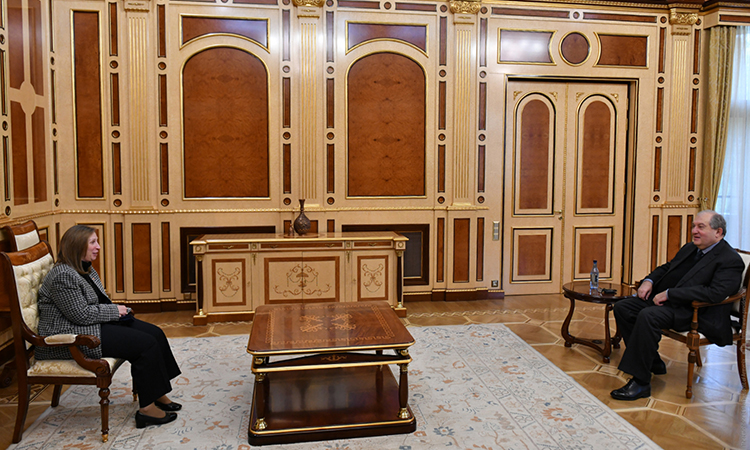 U.S. Ambassador Lynne M. Tracy met with the President of Armenia Armen Sargsyan on November 19 to discuss the conflict over Nagorno-Karabakh and the current political situation in Armenia.  The Ambassador stressed the importance of democratic norms and values, condemned political violence, and encouraged all stakeholders to abide by the rule of law.  The Ambassador emphasized that the United States remains committed to supporting Armenia along its reform path, in line with the will of the Armenian people.  Ambassador Tracy also reaffirmed that the United States is fully engaged in efforts to pursue a lasting and sustainable political solution to the Nagorno-Karabakh conflict, and supports Armenian efforts to address the humanitarian challenges resulting from the conflict.