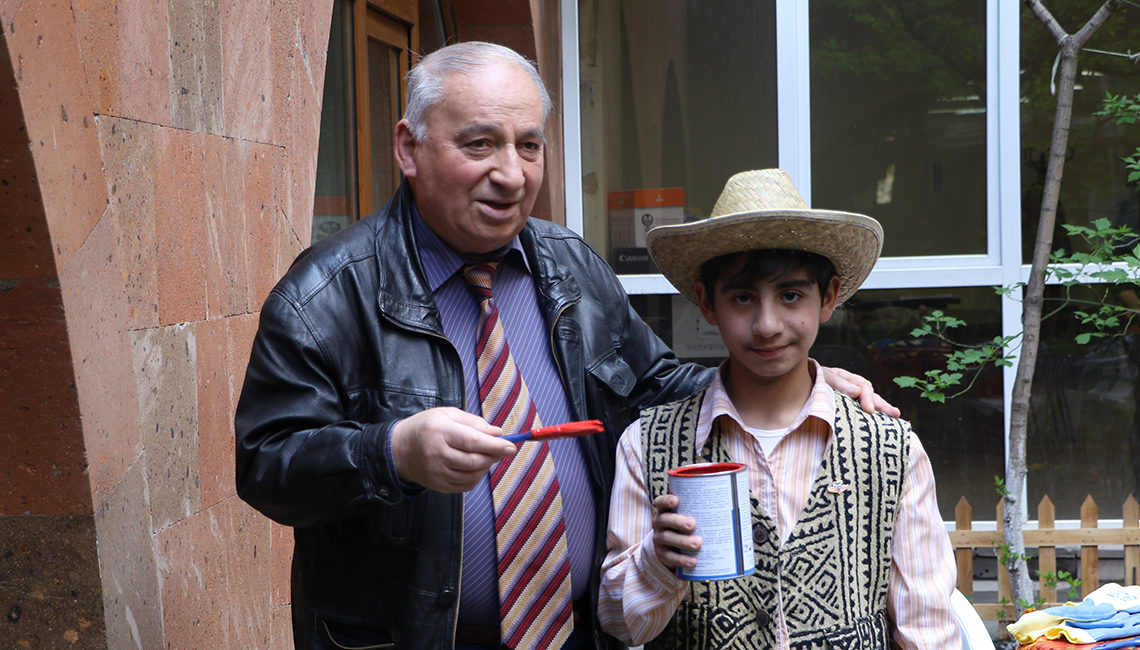 On April 18, the five American Corners in Armenia – in Yerevan, Gyumri, Vanadzor, Charentsavan, and Kapan – celebrated Armenia’s National Library Week by organizing a reading marathon of Mark Twain’s classic novel “The Adventures of Tom Sawyer” with participants from throughout the country.

Dozens of community leaders, literary figures, library patrons, and students joined U.S. Ambassador to Armenia Richard Mills, Jr. and his spouse Leigh – a former librarian herself  —  for the all-day marathon, with guests from all five American Corners connected via videoconference as each particiapantread a five-minute excerpt of the novel out loud.

“The story of Mark Twain is a story of the American Dream,” Ambassador Mills said. “Having started with very little, he became a famous author whose works are read and enjoyed all over the world, and whose characters – Tom Sawyer, Huckleberry Finn – have become symbols of American life and the values Americans treasure – freedom, questioning authority, and ultimately our belief in every American’s personal dignity. And while Twain’s success is due to his hard work, talent, and motivation, his local library also played an important role in his career. Twain left school at the age of 12 and thereafter educated himself in public libraries in the evenings, where he said he was able to find wider information than at conventional schools. The example of Twain illustrates the important role that a library can play in a person’s life.”

“This theme – that libraries transform – is a fitting way to think about the role of libraries in our communities,” Ambassador Mills said. “In many cases, they are being physically transformed, becoming more and more spaces that provide hands-on access to – and instruction in – cutting-edge technology. And by providing free access to a wide range of books, journalis, and online resources, they can transform people’s lives, helping them build their knowledge and skills to take advantage of greater educational and professional opportunities. This is especially true of our five American Corners.”