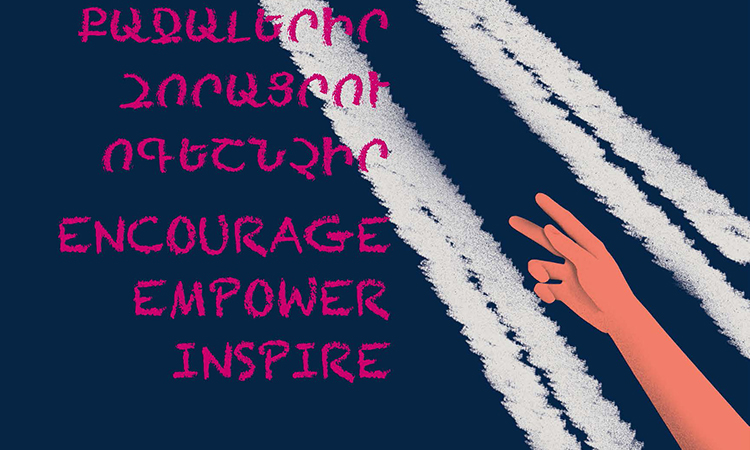 After receiving standing-room-only crowds last year, the U.S. Embassy is proud to bring back the American Film Showcase 2018.  This year the film festival’s theme is “Inspire, Empower, and Encourage,” and it features a number of documentaries to showcase the power of individuals to change the world.  Films will be screened for free June 4-10.

“Film has an amazing power to open our eyes to the stories of other people,” U.S. Ambassador to Armenia Richard Mills, Jr., said.  “And through the stories in these documentaries, I think Armenian audiences will be transported to the United States.  They will better understand American culture, but I think more importantly, they will see stories that showcase the universal power of individuals, stories that inspire, empower, and encourage us to better ourselves, our communities, and our societies.”

Thirteen documentary films will be screened during the American Film Showcase 2018 “Inspire, Empower, Encourage.”  The showcase opens on at 19:00 on June 4 at the Moscow Cinema with a screening of our feature film “The Music of Strangers,” about how famed American cellist Yo Yo Ma pulled together musicians from multiple countries and musical styles to form the Silk Road Ensemble, a bold musical experiment.  The ensemble’s members are using music to explore the ties that bind humanity together.

The American Film Showcase’s free film screenings will continue at the Moscow Theater daily from June 4 to June 10 at 17:00 and 19:00 each day.  The films include: “Mele Murals,” “Floyd Norman: An Animated Life,” “Swim Team,” “The Ataxian,” “The Big Flip,” “The If Project,” “Happening,” “Rancher, Farmer, Fisherman,” “The Empowerment Project,” “Supergirl,” “High School 911,” and “Beyond Measure.”  You can find the detailed schedule on our website: https://www.usa.am/announce/afs_arm.pdf

The schedule also includes screening of “The Music of Strangers” in Gyumri (June 9, 16:00 at Hoktember Cinema) and in Vanadzor (June 10, 16:00 at Kino Club Lori).  Both are free and open to the public.

“These documentaries tell powerful stories — about individuals campaigning for a cleaner environment, school kids working to save lives in their rural communities, efforts to rehabilitate female inmates.  They show the good, the bad, and the hopeful about American society,” Ambassador Mills said.  “So I think Armenians who join us to watch these films will leave with a well-rounded understanding of American culture and the American psyche.”

Derakhshani, a visual effects and computer generated graphics supervisor who has worked on a number of feature films such as “Apocalypto,” “RED,” and “Fantastic Four” and on TV in “South Park,” led a week-long masterclass in visual effects and also worked with students at the TUMO Center during his trip to Armenia as part of the American Film Showcase.  Zeldes, who edited the American Film Showcase’s main film “The Music of Strangers,” shared with local filmmakers the skills and knowledge he’s gained through a career editing films and directing documentaries.

“We want to encourage Armenian filmmakers to tell Armenian stories, both to the domestic audience but also to viewers abroad. That is why we bring top American talent to share best practices and exchange ideas and inspiration with some of Armenia’s next generation of filmmakers,” Ambassador Mills said.