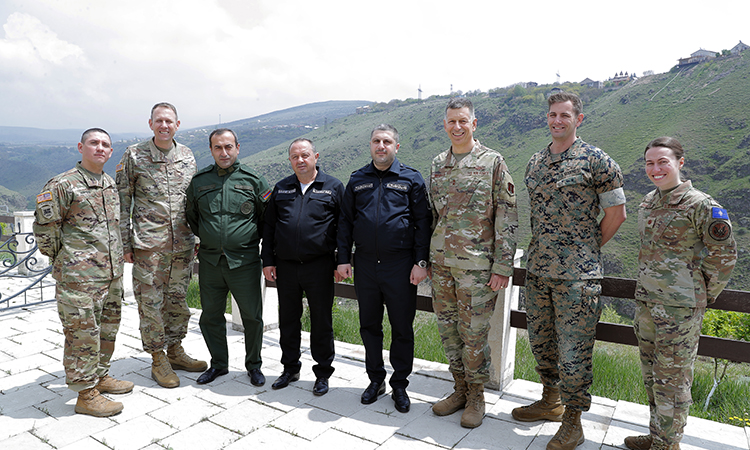 Donation of Chemical, Biological, Radiological, and Nuclear Threats Response Equipment to the Ministry of Emergency Situations of the Republic of Armenia by the U.S. Defense Threat Reduction Agency

In the frame of a long-lasting partnership established between the Governments of Armenia and the United States, the U.S. Defense Threat Reduction Agency (DTRA), within the Counter Weapons of Mass Destruction Security Cooperation Engagement Program, has donated Chemical, Biological, Radiological, and Nuclear (CBRN) response equipment, worth over 1 million USD, to the Ministry of Emergency Situations (MES) of the Republic of Armenia (RA).

“The culmination of training marks a tremendous moment in our continued partnership. Through the donation of this equipment, the Ministry of Emergency Situations now possesses an enhanced capability to safely detect, identify, and respond to Chemical, Biological, Radiological, and Nuclear materials of concern, and decontaminate personnel exposed to these hazards,” Colonel Pipes said in his remarks.

In his turn, the MES Minister A. Pambukhchyan emphasized the effective cooperation and expressed gratitude for the support. The project worth about 4.6 million USD was launched in 2021 by DTRA and is planned to be completed by the end of 2023. “I would like to express my gratitude to everyone present for the effective and smooth implementation of the program. I can state with confidence that the equipment donated to the MES, as well as trainings organized for the MES personnel within the program, represent a major contribution to developing MES capacities and equipping it,” the Minister of Emergency Situations emphasized in his speech.