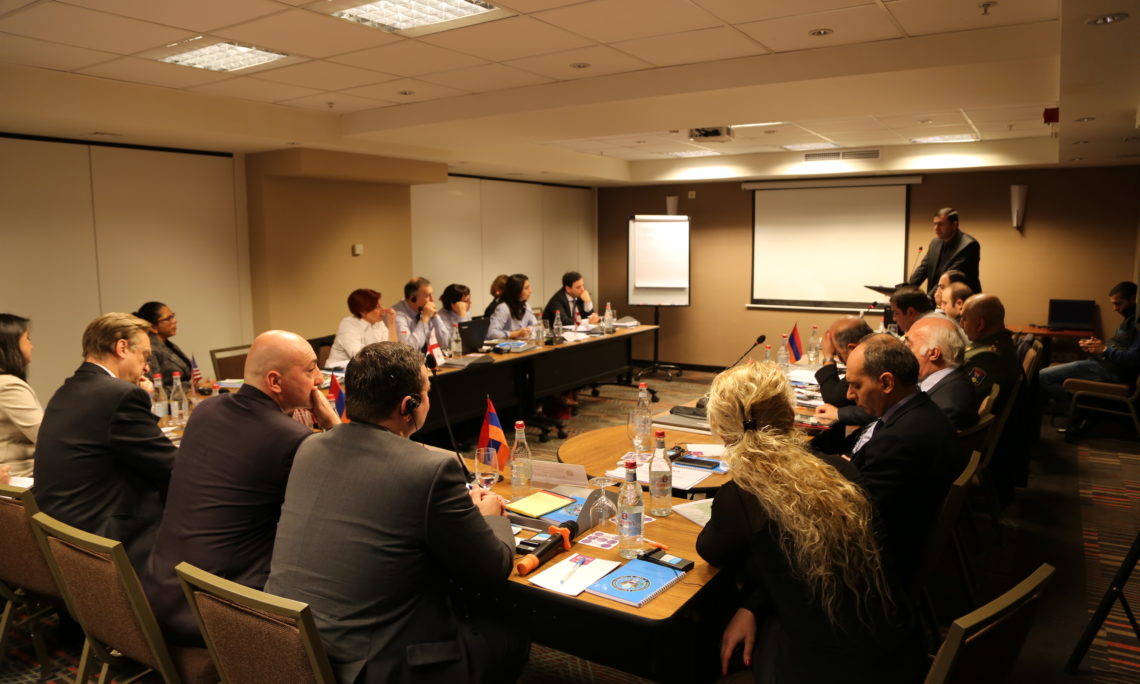 On October 18-19, the U.S. Embassy in Yerevan hosted a two-day workshop, bringing together Armenian and Georgian government officials and NGOs to exchange best practices in controlling the flow of weapons of mass destruction, delivery systems, and conventional weaponry.

During the workshop, organized by the Embassy’s Export Control and Related Border Security Program (EXBS), policymakers and technical experts from both countries shared the methods they currently employ to inform exporting industries about the latest regulations, procedures, and export requirements related to dual-use technology (which can be used for both weaponry and peaceful purposes). The Armenian and Georgian officials also learned new ways to safeguard dual-use technology from being transferred to proliferating states and terrorist groups.

Twenty representatives from relevant Armenian and Georgian agencies, U.S. Department of Energy officials, and NGOs from both countries discussed the mutual challenges they face and the approaches they have undertaken to achieve their goals. They also discussed the important role that NGOs can play in educating businesses and governments on export controls. “Having agencies from both countries discuss how they reach out to export industries allows for mutual good practices among these neighboring countries to be shared. Also, the chance to network with each other’s counterparts in such a setting strengthens the bilateral relationship between Armenia and Georgia. This workshop provides a basis for future discussions on other relevant export control issues,” said Ashley Fullenwider, the principal Political Science Analyst from the Argonne National Laboratory.

Administered by the Department of State, EXBS operates in more than 65 countries, and is designed to strengthen a country’s export control system by providing legal and regulatory advice, training of licensing officials, enforcement and interdiction equipment, and industry-to-government outreach. Better export control systems help fight against the proliferation of weapons of mass destruction, their delivery systems, conventional weapons, and related materials.