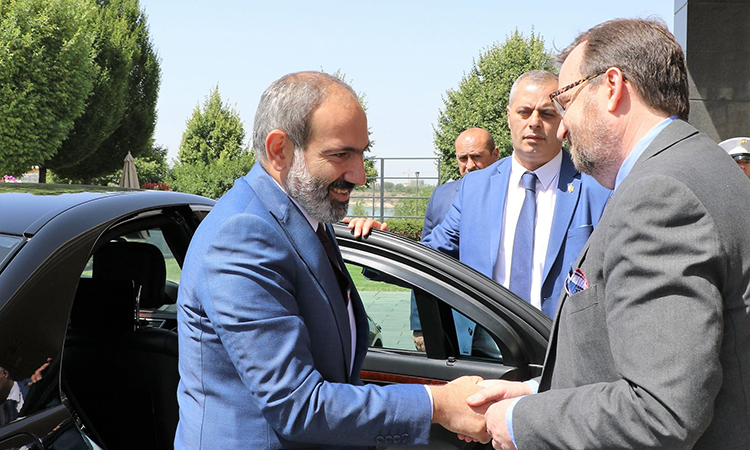 Yerevan, Armenia – On July 3, the U.S. Embassy celebrated the 242nd anniversary of the independence of the United States at the U.S. Embassy in Yerevan with a summer evening of zydeco music, food, and fireworks.  During the event, U.S. Ambassador to Armenia Richard Mills, Jr. and guest of honor Armenian Foreign Minister Zohrab Mnatsakanian praised the close partnership between Armenia and the United States.

In his remarks, Ambassador Mills noted that the U.S. Founding Fathers risked their lives for independence. “They declared independence not to grasp power for themselves, but to develop a new system that safeguarded their God-given rights,” he said. “And tonight we are celebrating that American revolutionary spirit in a new Armenia, in which you, the Armenian people, took a risk and stood up for your rights. What we saw this spring was a movement propelled by young Armenians who envisioned a new beginning for their country.” During his remarks to the gathered crowd of government and civil society leaders, Ambassador Mills praised the fact that so many of them have studied in the U.S. through an Embassy exchange program and returned to Armenia with new ideas and skills. “They are now in a position to bring about change for their homeland: the development of a transparent democratic system respecting the rule of the law and protecting the rights of all Armenians.”

In celebration of Ambassador Mills’ home state of Louisiana, guests were treated to a lively performance of Dwayne Dopsie and the Zydeco Hellraisers. The band will talk about zydeco, a music tradition that evolved out of the mix of cultures found around New Orleans, at 5 p.m. on July 4 at the AGBU Conference Hall. Their free, open-air public concert, supported by the Cafesjian Center for the Arts, will be at 8 p.m. at the Cafesjian Sculpture Garden.