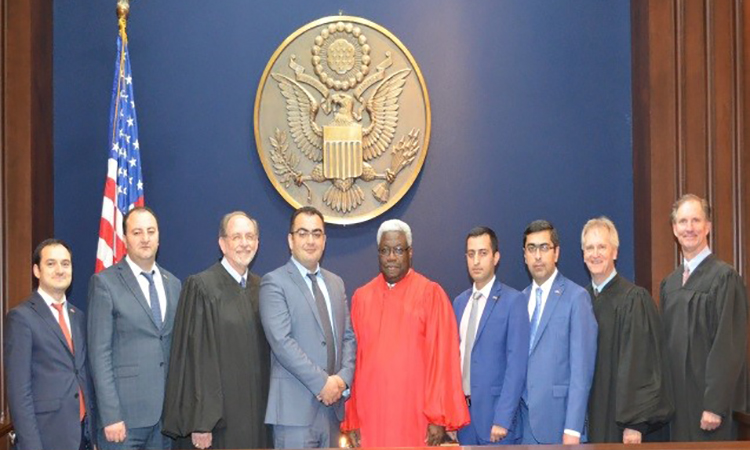 To highlight best practices and build their international professional network, the U.S. Embassy in Yerevan sent five Armenian judges to the U.S. in April 2017 for an Open World Exchange Program study tour. The group of judges made stops in Washington, D.C., and Shreveport, LA. The state of Louisiana was chosen because of its unique hybrid legal system, reflecting its French heritage, which most closely relates to Armenian legal code.

The agenda for the trip offered the judges firsthand exposure to the U.S. system of participatory democracy, transparency, and rule of law. One of the most useful parts of the trip was the time spent observing courtroom proceedings, followed by professional discussions with U.S. peers after the trials. The Armenian jurists also observed juvenile court trials and had a tour of a juvenile detention facility. They met not only with U.S. judges but also prosecutors, defense lawyers, and jurors.

This study tour, organized by the Open World program in coordination with the U.S. Embassy in Yerevan’s Public Affairs Section and International Narcotics and Law Enforcement Office (INL) office, was designed to support Armenia’s efforts to increase transparency and reduce corruption in the judiciary. By countering corruption and helping Armenia fight international crime, the Embassy is working to protect Americans and Armenians.