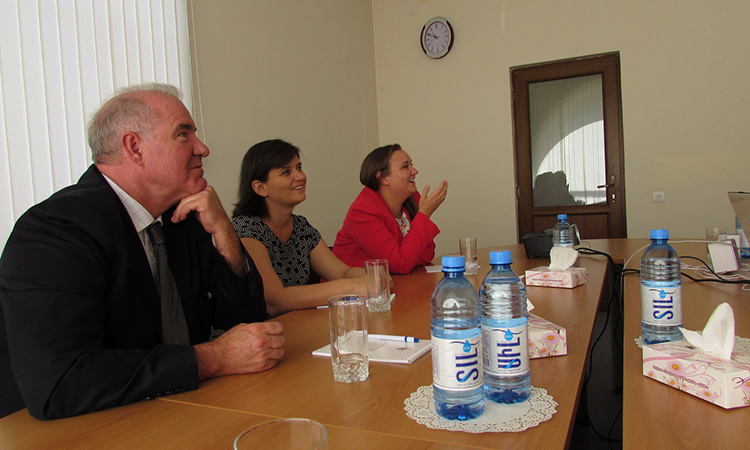 The U.S. Embassy representatives thanked Rector Arakelyan for the warm reception and presented several boxes of legal books donated by INL to the Justice Academy’s library.  The books covered the U.S. Federal and State of Kansas legal codes.  These books were collected from several Kansas legal departments and transported to Armenia by the State of Kansas National Guard, which has a 15-year partnership with the Republic of Armenia.

At the guests’ request, Rector Arakelyan detailed the Academy’s activities, professional and in-service training, selection criteria of lecturers, and issues related to the development of training curricula and its content. Additionally, the Rector introduced the Academy’s innovative educational initiative, which was launched recently for the first time. Artashes Khurshudyan outlined an interactive educational gamification video on “Ethics of a Judge,” and explained the importance and role of such innovative videos in the educational process, as well as the peculiarities of their development and delivery.