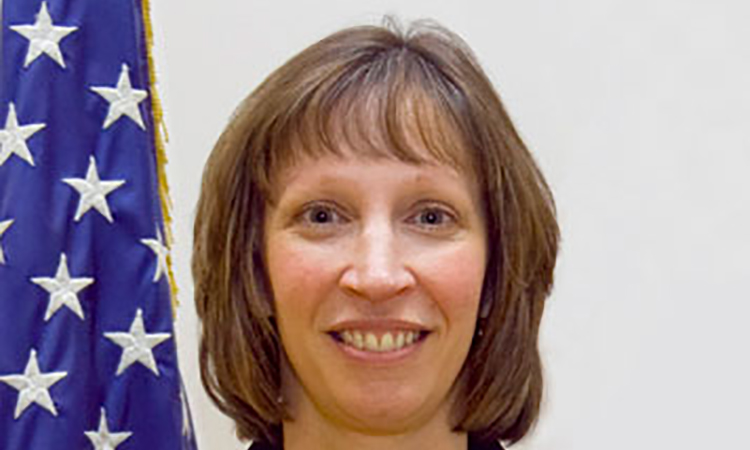 Mr. Chairman, Ranking Member Menendez, and distinguished Members of the Committee:  I am honored to appear before you today as President Trump’s nominee to be the next U.S. Ambassador to Armenia.  I am grateful to the President and Secretary Pompeo for the confidence they have placed in me.  If confirmed, I pledge to work closely with this Committee and all members of Congress to advance U.S. interests in Armenia and promote the democratic ideals and values for which the United States stands.

I am pleased to be joined today by my mother Carol Sue Tracy and my sister Anita Jepsky.  I want to thank them as well as Anita’s husband Arthur Jepsky, my sister Mary Lou Carter and her husband Donald Carter, and my grandmother Isabel Pontius who could not be here today.  I particularly want to acknowledge my father Albert Tracy who recently passed away and was a constant source of strength and encouragement.  Throughout my 24 years of public service, their support has meant everything to me during some very tough and dangerous assignments.

The overall goal of our Armenia policy remains an independent, democratic, and prosperous Armenia, at peace with its neighbors.  Situated astride a geographic and cultural crossroads, Armenia has always balanced competing interests, and we continue to affirm our commitment to a sovereign Armenia, free to choose its own partners.

In April and May of this year, hundreds of thousands of Armenian citizens took to the streets with determination but without violence to hold their government accountable.  Like so many others, I was heartened to see a peaceful transition of power.  Armenia still has work ahead, however, to cement the gains of the past six months.  If confirmed, I would continue the distinguished efforts of my predecessor, Ambassador Rick Mills, to support the aspirations of the Armenian people, who are calling for accountable governance, an economy free of unfair and monopolistic practices, respect for human rights and fundamental freedoms, rule of law buttressed by an independent judiciary, and a system of government with strong checks and balances.

We are grateful for the assistance from Congress that has made a lasting impact on Armenia’s economic development and democratic transition by supporting anti-corruption initiatives, civil society, independent media, private sector productivity, regional integration, and efforts to counter malign influence.  I am mindful that these are hard-earned U.S. taxpayer dollars that must be spent effectively in support of U.S. goals and priorities.

The peaceful settlement of the Nagorno-Karabakh conflict is essential for a more secure and prosperous future for Armenia and the South Caucasus.  As Co-Chair of the OSCE Minsk Group, the United States is working to help the sides achieve a peaceful, lasting negotiated settlement of the conflict based on the principles of the UN Charter and the Helsinki Final Act, including the non-use of force or threat of force, territorial integrity, and the equal rights and self-determination of peoples.  If confirmed, I will support the Administration’s commitment to achieving this goal.

Mr. Chairman, the horrific events of 1915, the Meds Yeghern or Great Calamity, when 1.5 million Armenians were deported, massacred, or marched to their deaths in the final years of the Ottoman Empire, must never be forgotten.  As President Trump stated on Armenian Remembrance Day this year, “As we honor the memory of those who suffered, we [must] ensure that such atrocities are not repeated.”  If confirmed, I pledge to do everything in my power to remember the Meds Yeghern victims and uphold that solemn commitment.

We must also look to the future and the opportunities for Armenia’s next generation.  Progress toward reconciliation with Turkey can help reduce Armenia’s isolation and bolster its economy.  Towards that end, we encourage Turkey and Armenia to acknowledge and reckon with painful elements of the past.  If confirmed, I will do my best to support Armenian and Turkish efforts to forge a more peaceful and productive relationship.

Armenia has been a steadfast partner on many fronts, contributing 161 troops to NATO operations in Afghanistan and Kosovo and showing great generosity in welcoming Syrian refugees.  Three years ago, Armenia and the United States signed a Trade and Investment Framework Agreement, and we saw significant increases in U.S.-Armenia trade in 2017, including several major U.S. investments.  We want to help grow Armenia’s economy, especially the burgeoning information technology sector, and broaden Armenia’s economic diversity and ties to international markets.

People-to-people initiatives, including U.S. study and exchange programs, continue to be one of the pillars of our relationship, bringing nearly 450 Armenian students and professionals to the United States in the last five years.  The bonds between Armenia and the United States are further bolstered by the active participation of the Armenian-American diaspora.  Mr. Chairman, if confirmed, I will do everything in my power to strengthen and deepen the U.S.-Armenian partnership.

Finally, as a veteran of multiple high danger postings, questions of safety and security will have my complete attention.  The safety and security of American citizens and our talented Embassy personnel and their families will be my highest priority, if confirmed.

Mr. Chairman, thank you for the privilege of appearing before the committee and considering my nomination.  I look forward to your questions.