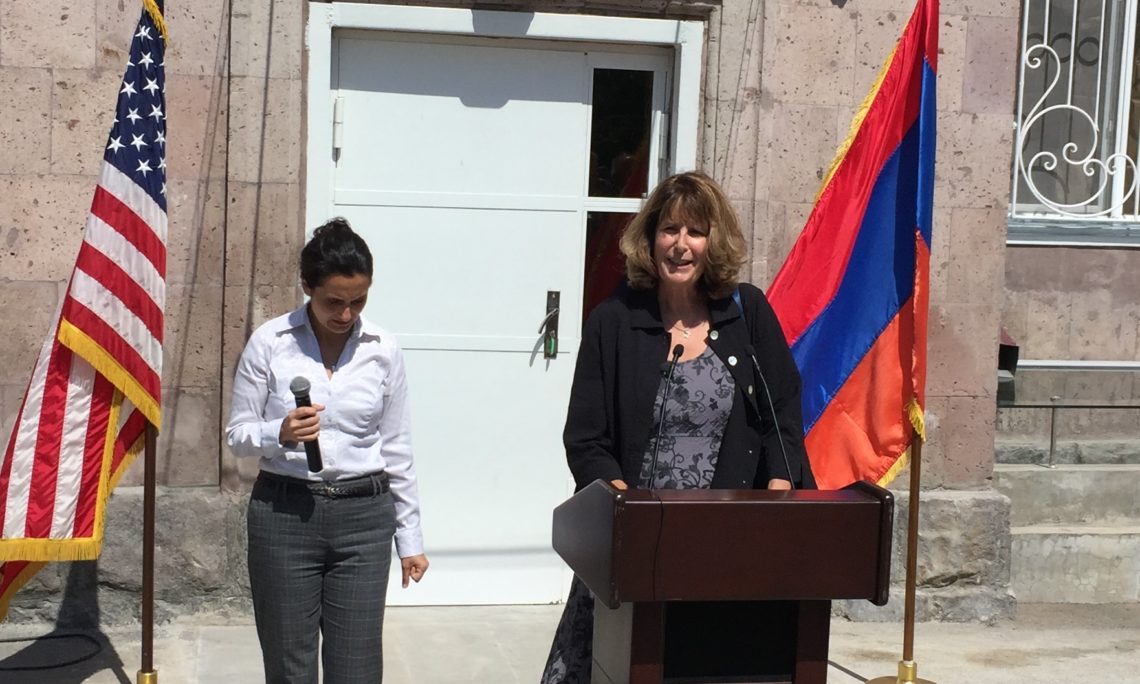 The latest regional biohazard lab to be upgraded by the U.S. government opened in Gyumri on Thursday, July 14, 2016. The Gyumri laboratory was renovated by the U.S. and its Armenian government partners to help the nation track and secure dangerous pathogens more effectively. This effort strengthens Armenia’s disease tracking abilities allowing it to quickly counter future outbreaks of dangerous diseases, whether human or animal.

“The completion of this renovation marks the successful conclusion of the first phase of laboratory upgrades in Armenia,” said Dr. Elizabeth George. “The launch of laboratory operations will enable the Ministry of Health to utilize the new skills that their staff has acquired through U.S.-provided training. They will be better able to leverage the new equipment provided by the program for the benefit of the Armenian people.”

A similar regional lab in Tavush was modernized in April, and the program will complete the construction of three more facilities in Lori, Gegharkunik and Syunik in 2017. All these regional laboratories will be linked to the new national central facility in Yerevan, which was opened July 13, 2016, by the Minister of Health Dr. Armen Muradyan, the Minister of Agriculture Mr. Sergo Karapetyan, and the U.S. Ambassador to Armenia Richard Mills, Jr.

In addition to lab renovations and upgrades, the U.S. provided valuable resources, training and equipment to support the Ministries of Health, Agriculture and Emergency Situations. The new skills and resources will improve Armenia’s capabilities to detect, diagnose and respond to biological disease outbreaks and events, whether natural or man-made.

In her remarks, Dr. George emphasized the importance of the partnership between the U.S. and Armenia and their dedication to accomplishing mutual goals. “The U.S. is pleased to have the government and people of Armenia as partners and to collaborate in making Armenia a safer place,” she said.