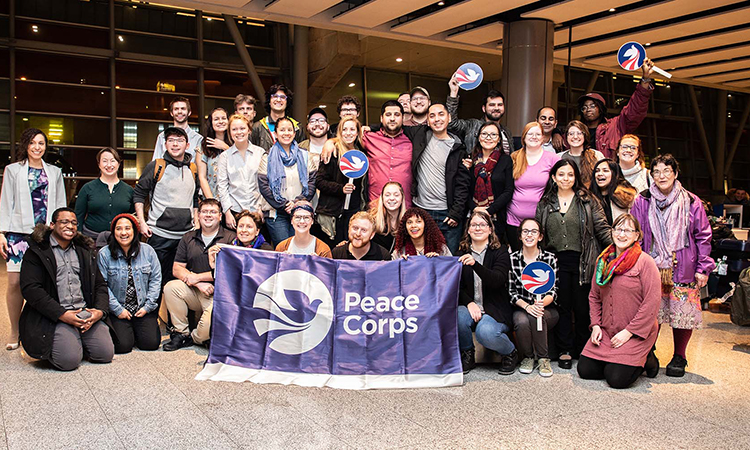 The 27th group of Peace Corps Volunteers arrived in Armenia

The Volunteers are all U.S. citizens, who have made a decision to spend two years of theirs lives serving the Armenian people. The volunteers will live in towns and villages across Armenia, will co-teach English with local school teachers and work in NGOs.

Before coming to Armenia, the volunteers participated in a virtual online course with Armenian language teachers.  This course provided them a basic, rudimentary understanding of the Armenian alphabet and conversational Armenian.  They are now prepared for more intensive Armenian language training in the next few months.

During the first three months in Armenia, the volunteers will receive technical training and will continue to learn the Armenian language and culture.  After successful completion of a rigorous training course, they will officially be sworn-in and start their service in Armenia on May 31st.

With the addition of this new group, there are 108 Peace Corps volunteers serving in rural villages and towns throughout all of the regions of Armenia.

The United States Peace Corps was founded in 1961 by John F. Kennedy to promote world peace and friendship. The Peace Corps started its activities in Armenia in 1992 at the invitation of the Government of Armenia. Over the past 27 years more than 1,100 Volunteers have served in Armenia.