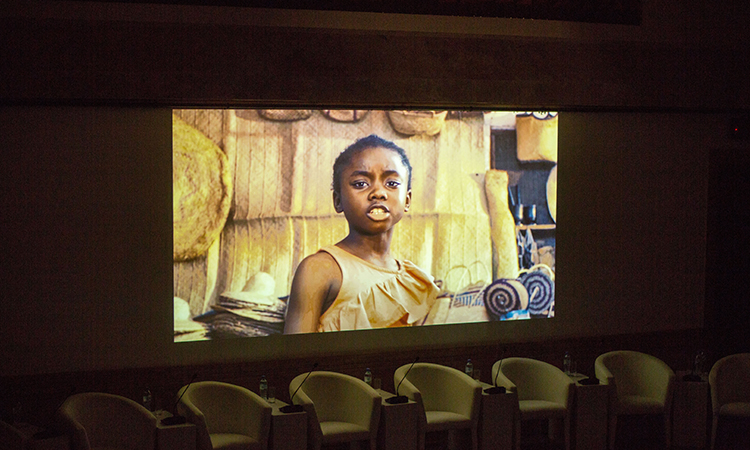 International Day for the Elimination of Violence against Women

On 25 November, the world observes the International Day for the Elimination of Violence against Women. This day also marks the start of a global awareness raising campaign – the 16 Days of Activism against Gender-based Violence – that runs annually from 25 November to 10 December.

Every woman and every girl has the right to a life free of violence. Yet, violence against women and girls remains one of the most serious human rights violations. Worldwide, almost one third of women, who have been in a relationship, report that they have experienced some form of violence, mostly by their intimate partner. According to the World Health Organization approximately 40% of murders of women are committed by a male partner while one in 3 of women (35%) worldwide have experienced physical violence in their lifetime.[1]

According to the official data of the Investigative Committee of the Republic of Armenia 215 criminal cases on domestic violence were investigated in the first half of 2017 in Armenia. Almost one third of the criminal cases refer to violence used by men against their partners[2].

Violence against women and girls is also a severe form of gender inequality, denying women and girls equal rights and opportunities to participate in social, economic, and political spheres of life. This is not only a loss at personal level, but also at national levels, which has serious implications for sustainable development of any society. It not only affects social and economic life of any given country but also harms the security primarily from demographic perspective.

This challenge is well reflected in the Global Goals of 2030, where Goal Five on gender equality includes a stand-alone target to end all forms of violence against women and girls by 2030. The Government of Armenia along with other UN member states pledged to ensure and fulfil the Agenda for Sustainable Development recognizing gender equality and the empowerment of women and girls as a key priority and ensuring that “no one will be left behind”.

Along with this, the European Union and its member states has women’s human rights and gender equality at the core of all its external policies. It makes every possible effort to strengthen the voice and empower women and girls, and to assert their rights – political, social, economic – around the world. The 2016-2020 EU Gender Action Plan serves as the main guiding framework for EU actions and cooperation with partner countries, international and civil society organizations, and the private sector.

The phenomenon of violence against women and girls continues to be experienced worldwide, and Armenia is not immune to it. The Government of Armenia has taken a proactive stance and should be lauded for its efforts in creating equal opportunities for women and men, for the commitment to eliminate gender based and domestic violence and combat the gender-biased sex selection, successfully registering a steady decline.

We also welcome the Armenian Government’s commitment and bold action to end domestic violence. There is no doubt that it is an urgent issue. While, a recent report by UNFPA showed that out of each hundred men 17 confessed committing acts of physical violence, the global analysis attests that women and girls living in countries with enacted law on domestic violence have lower odds of experiencing violence unlike women and girls living in countries without any legislation.

We encourage the Armenian legislative body to pass the law on domestic violence making a new social contract and creating an environment of zero tolerance for any form of violence.

All our efforts are aimed at inclusive, strong and resilient nations: all of us strive to make this a reality in Armenia, where there is no place for violence, and where a strong value system promotes a more inclusive and resilient society.

With reference, to the UN Secretary General’s global message, we pledge for UNiTEd action from all of us on the ground, so that women and girls in Armenia can live free from harassment, harmful practices, and all other forms of violence.