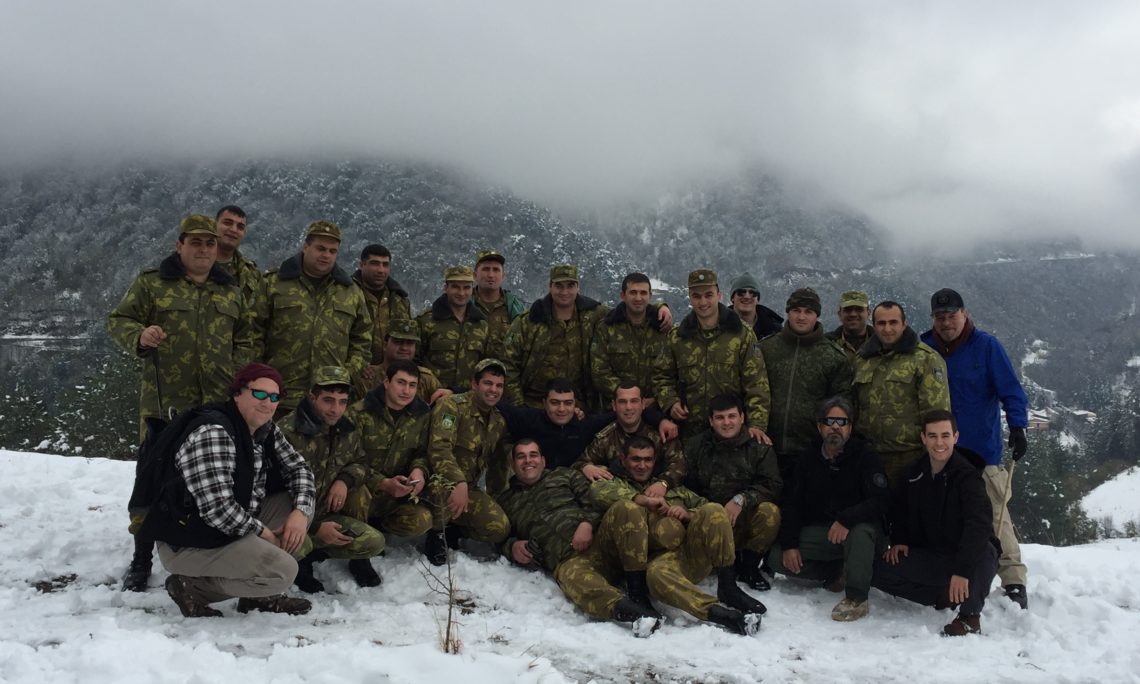 U.S. and Armenia continue cooperation to prevent proliferation of weapons of mass destruction

Armenia’s border guards are better trained to counter the illegal transport and proliferation of weapons of mass destruction thanks to border security and interdiction training provided by the U.S. The 10-day training session is the latest part of a joint U.S.-Armenian project to improve Armenia’s abilities in this fight against contraband.

From October 10 to 21, 27 Armenian border guards who serve along the Armenian-Georgian border attended training on viable border interdiction strategies that stressed the necessity for interagency cooperation. The border guards were introduced to new tools that can be used to maintain security and aid in border monitoring. The course also included sessions on basic tracking skills, operations management, safety, and evidence control.

Out of the dozens of agents participating in this month’s course, 12 will go on to receive additional training to become instructors. This will enable Armenian authorities to institutionalize the training locally and ensure all Armenian border guards eventually receive the training they need to succeed.

The U.S. Embassy in Yerevan, the U.S. Department of Defense, the National Security Service of Armenia, and the Armenian Border Guards have a long history of cooperative efforts aimed at reducing the threat of proliferation of weapons of mass destruction.  Since 2011, the U.S. Department of Defense, through DTRA’s Cooperative Threat Reduction Program, has provided $21.3 million in aid to properly train and equip Armenian border guards.